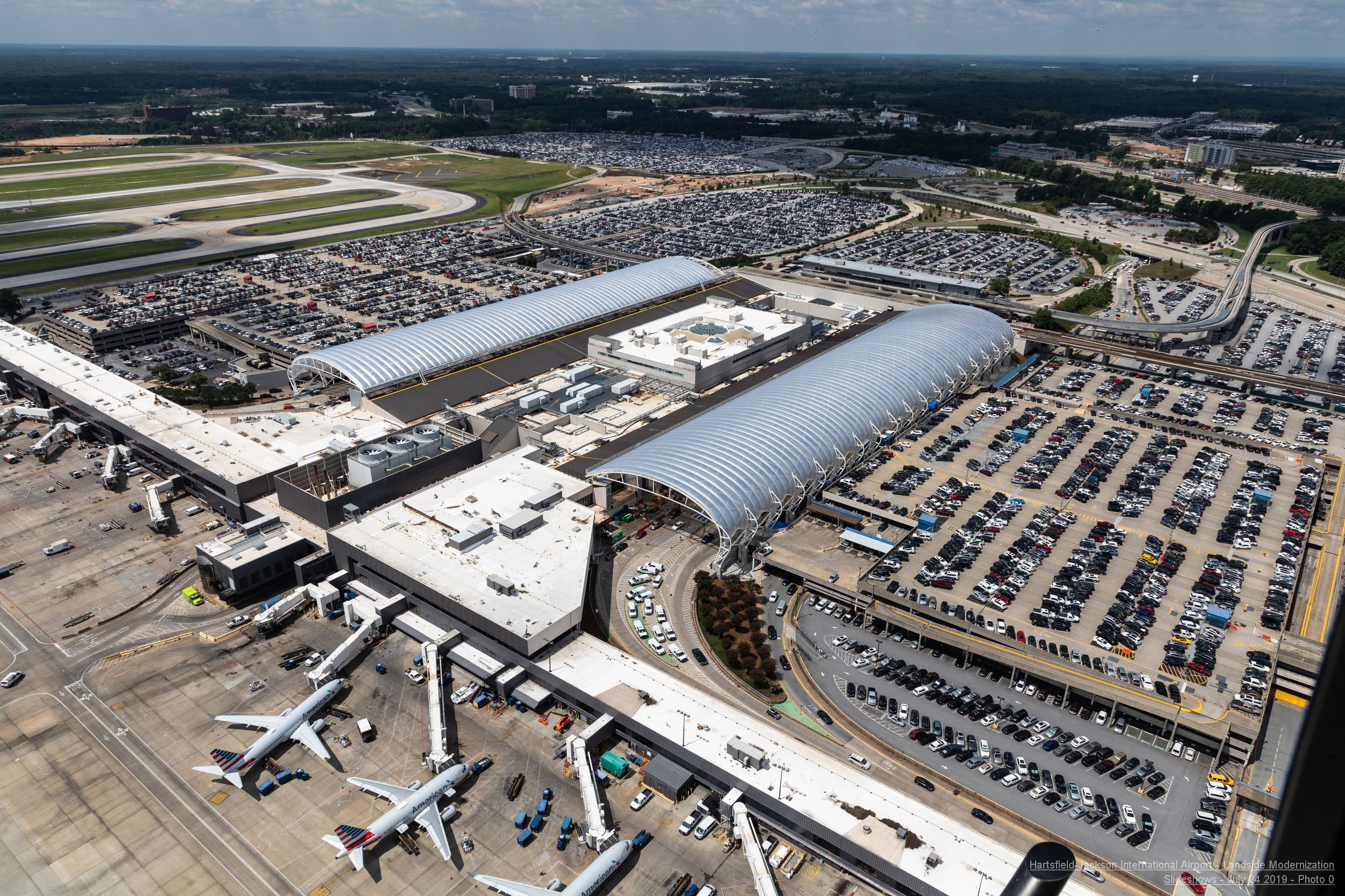 Tl;dr
You have to take care of yourself, don’t expect anyone to practice social distancing. As long as you keep your distance, you’ll be safe.

So, I had to go back to my apartment due to a (non-)immigration document related emergency. I had two options, drive 11 hours in a rental car (likelihood of catching the virus moderately high), or fly back and get Uber from the airport (likelihood of catching the virus extremely high). But I have driven from my sister’s place before, and it wasn’t fun. Moreover, Frontier (Heck yeah, I fly cheap!) was giving me cancellation credits. So, I decided to fly.

Atlanta. Looking at Georgia’s response to Coronavirus (from publishing misleading charts with dates jumbled up to publishing incomplete data in the continuous date range, read more here), I had zero expectations from the airport staff; I walked in (obviously wearing a mask and nitrile gloves) and quickly realized that they met all of it! Fortunately, TSA Pre allowed me to breeze past all the nonsense of getting “randomly” selected for a pat-down, but not before I saw a TSA agent handling luggage without gloves. I took small comfort in the fact that he won’t get the virus from my luggage. I went ahead and disinfected all my bags with a bleach wipe. The airport itself looked like a desolate place, hardly ten or fifteen people in the entire North terminal lobby of the busiest domestic airport in the world.

Frontier had some good policies during this pandemic. It was mandatory for customers to wear a face mask. They were also checking our body temperature using a no-touch thermometer. No passengers were assigned a middle seat. They were also fumigating the entire plane between flights. And they replaced their air filtration system with HEPA filters that filter out most particulates and viruses. But human errors were still prevalent. I saw most passengers lower their mask as they talk to each other and the flight attendants (some of whom lowered their own masks too), which completely defeats the purpose of wearing masks. Nobody was wearing gloves, so they were happily spreading the virus everywhere if they were asymptotic carriers. I wiped the seat I was assigned with a bleach wipe and slept for two hours. When we landed, the flight attendants reminded us to maintain social distancing, but everyone stood up to save a few milliseconds to reach the door; I decided it was safer to wait for everyone to leave before standing up.

Philadelphia. Everything was closed, including most of the security check points (that specific closure was rather inconvenient while returning, and further increased the chances of transmission from a single carrier, because the TSA were not disinfecting the trays on return). My Uber driver texted me to wear a mask (which I was) before showing up, and I trashed my gloves to wear a new pair before touching his car. Subsequently, after reaching my apartment, I disinfected my car seat (I had to drive too), donned my third pair of gloves before touching the common main door (I trashed my second pair before touching my car) and washed my clothes for good measure.

What have I learnt from this experience? If you have to fly during this pandemic, fly like you drive; expect everyone to drive like an asshole and bump into your car, just make sure you don’t touch anyone.

PS: I flew back with American Airlines, and their flagrant violation of social distancing was in stark contrast to a budget airline like Frontier. I myself was assigned a middle seat, fortunately nobody was sitting on the window seat where I moved to after boarding was complete. There were rows where they had all six passengers, and there were rows without any, but flight attendants did not allow re-seating to maintain social distancing. It was surprising how much more a budget airline like Frontier thought of their passengers than a mainstream airline like American.

An Indian expat learning to live 8000 miles away from home. Mechanical Engineer by degree, Market Analyst by profession.

My blog has self-hosted analytics. Unlike Google Analytics, this data does not leave my server, and you have complete control over it (see the entire analytics dashboard at my /analytics page), but feel free to change your settings. Cookie settingsAccept TelemetryReject TelemetryRead More
Privacy & Cookies Policy

This website uses cookies to improve your experience while you navigate through the website. Out of these cookies, the cookies that are categorized as necessary are stored on your browser as they are essential for the working of basic functionalities of the website. I also use Google Analytics that help me analyze and understand how you use this website; these cookies will only be stored in your browser with your consent. You also have the option to opt-out of these cookies. But opting out of some of these cookies may have an effect on your browsing experience.
Necessary Always Enabled
Necessary cookies are absolutely essential for the website to function properly. This category only includes cookies that ensures basic functionalities and security features of the website. These cookies do not store any personal information.
Non-necessary
Any cookies that may not be particularly necessary for the website to function and is used specifically to collect user personal data via analytics, ads, other embedded contents are termed as non-necessary cookies. It is mandatory to procure user consent prior to running these cookies on your website.
SAVE & ACCEPT